The initial bolts that are loosened tend to be at the top, and the last few bolts to be loosened are obscure and it’s tempting to wiggle the plate to see if it will come loose.  And, “snap …” 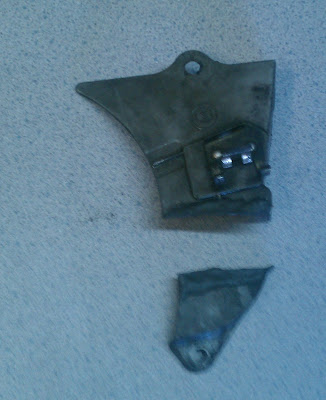 We cannibalized a 1985 325e that we have in the yard, and removed its lower plate.  Normally this means removing many parts, but we freed the part by sawing off the stud that separates the upper plate from the lower plate.

The part off the 1985 engine fits on the 1987 engine but it’s slightly different.  Here is a picture: 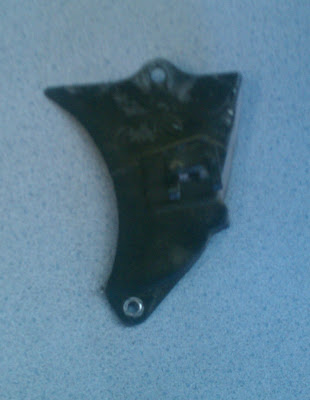 The latter has been reinforced more, structurally, though not at the point where we managed to snap the plate in half.